Ingenza’s growth and success has been guided by a management team with over 25 years’ experience in applied bioscience and the development and commercialization of biobased products. 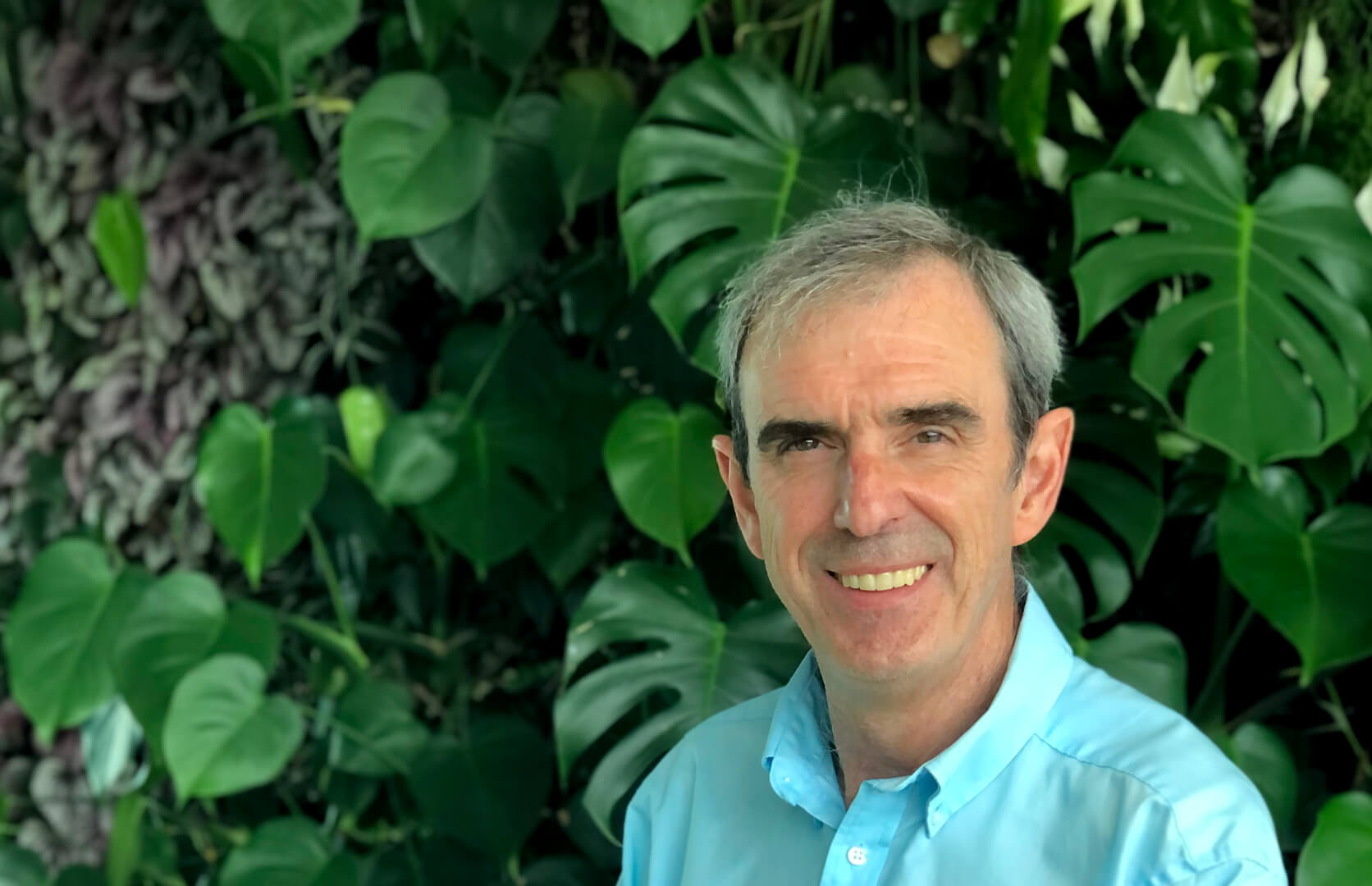 Dr. Ian Fotheringham received a Ph.D. in Molecular Biology from the University of Glasgow, UK, in 1986. He joined the NutraSweet division of Monsanto in Chicago, USA, constructing microbes to produce the Aspartame® sweetener. From 1993, he continued developing large-scale bioprocesses with NSC Technologies and Great Lakes Fine Chemicals. In 2003, Ian co-founded Ingenza and he has since transformed and organically grown the company to become one of the World’s leading providers of Industrial Biotechnology. Ian enjoyed success at the Made in Scotland Awards where Ingenza were named Innovator of the Year for 2017 and in 2019 Ian was recognised by SCI Scotland and received the prestigious Charles Tenant Memorial Award. In 2020, Ian was awarded an MBE for his services to Industrial Biotechnology. Ian has published 35 papers and articles, and holds eight current patents. 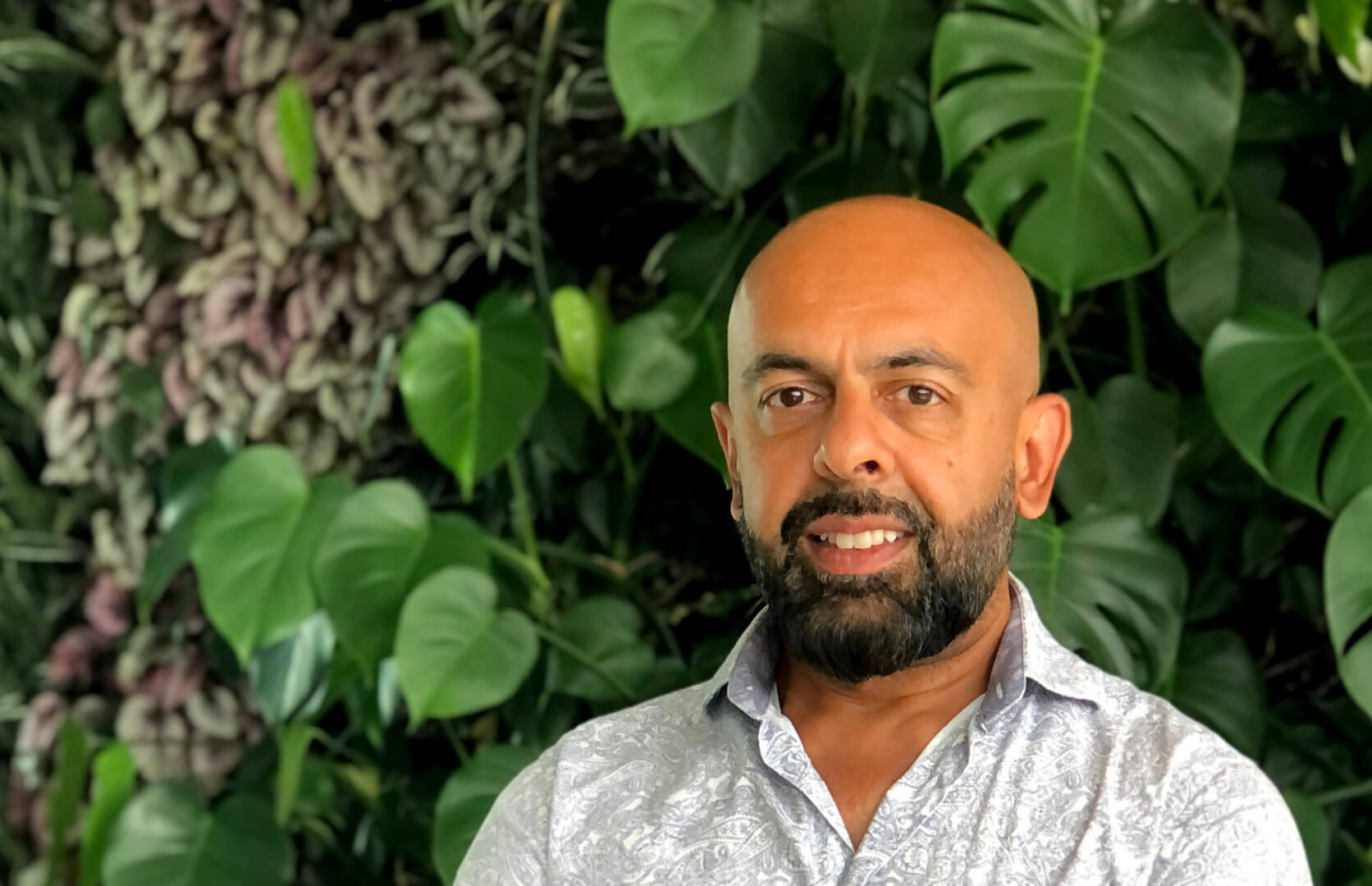 Jaymin Amin has a successful track record of over 20 years of sales, marketing and financial experience in life sciences start-up companies. Working in the life sciences publishing division of the Daily Mail group, Jaymin delivered record revenues and profits, before leaving to co-found a life sciences media company of his own. Jaymin joined the board of Ingenza in 2006 as Financial Director. After helping to grow Ingenza four-fold in his first four years, Jaymin was promoted to Chief Operating Officer in 2011. Since then, Jaymin has been instrumental in the growth and positioning of Ingenza as a market leader and he now also leads the Business Development team at Ingenza. Jaymin is also the CEO of another Scottish SME, ProFactor Pharma Ltd where he has successfully raised equity investments to progress their drug target through successful pre-clinical studies and ready for phase 1 clinical trials. 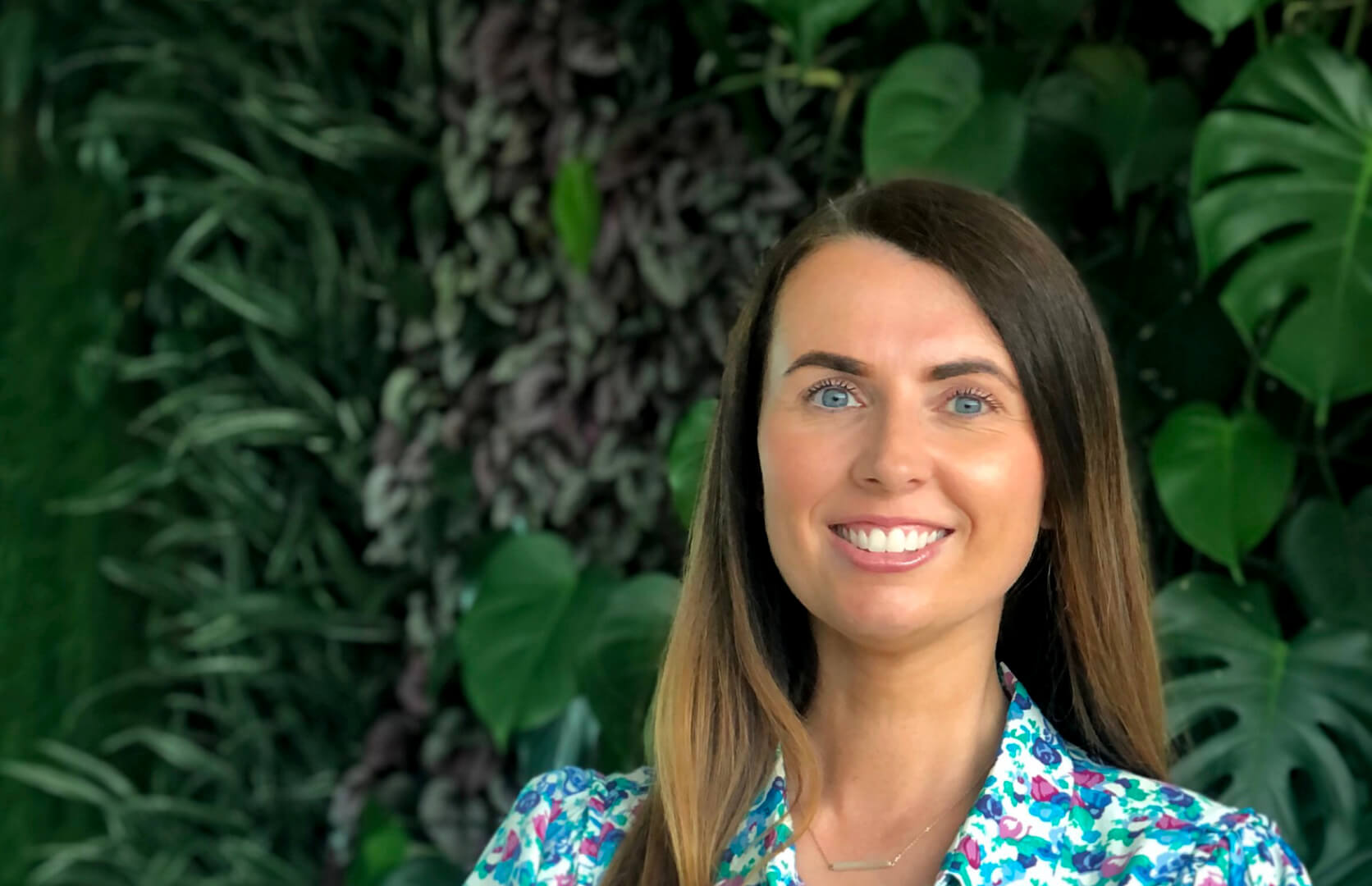 Sarah Scott joined Ingenza in 2009 and has played a key role in building Ingenza’s brand as a global leader in engineering biology. Sarah has a First-Class honours degree in Marketing Management, she has MCIM status with the Chartered Institute of Marketing and she has completed consecutive years of the CIM’s Chartered CPD programme. Sarah is Head of Operations at Ingenza, with an integral role in the company’s marketing, public relations, business development and resourcing. Sarah is passionate about showcasing Ingenza, and over the years she has led a number of marketing campaigns, high profile visits and secured business awards for the company. Sarah is a member of the IBioIC Commercial Advisory Board and is a Life Sciences Scotland Marketing Communications Group member. 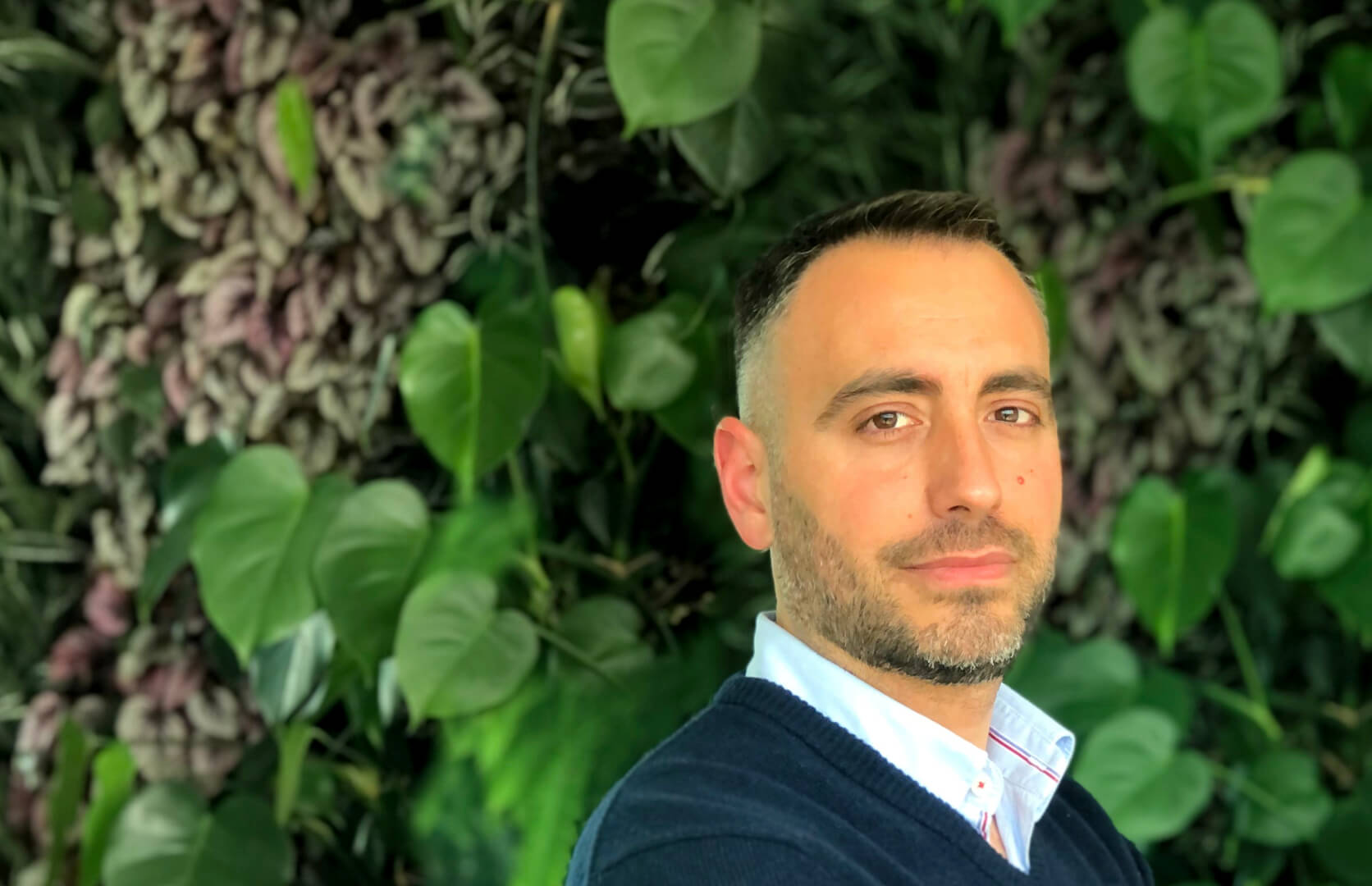 Dr. Leonardo Magneschi joined Ingenza in 2016 where he strategically drives the core innovative mission of the company to deliver world-class biotechnology solutions. Leonardo has an entrepreneurial mentality and a proven track-record of leading, developing and delivering multidisciplinary research programmes. Before joining Ingenza, Leonardo received a Ph.D. from Sant’Anna School of Advanced Studies in collaboration with the Carnegie Institution for Science (Stanford University). Following a postdoc funded by the Alexander von Humboldt Foundation, he transitioned to the world of industrial biotech under a “TOTAL New Energies” industrial project hosted by French Alternative Energies and Atomic Energy Commission (CEA). Leonardo is at the forefront of Ingenza’s Business Development, he is qualified in PRINCE2® Project Management and he has published scientific work in peer reviewed journals and holds inventorship on international patents. 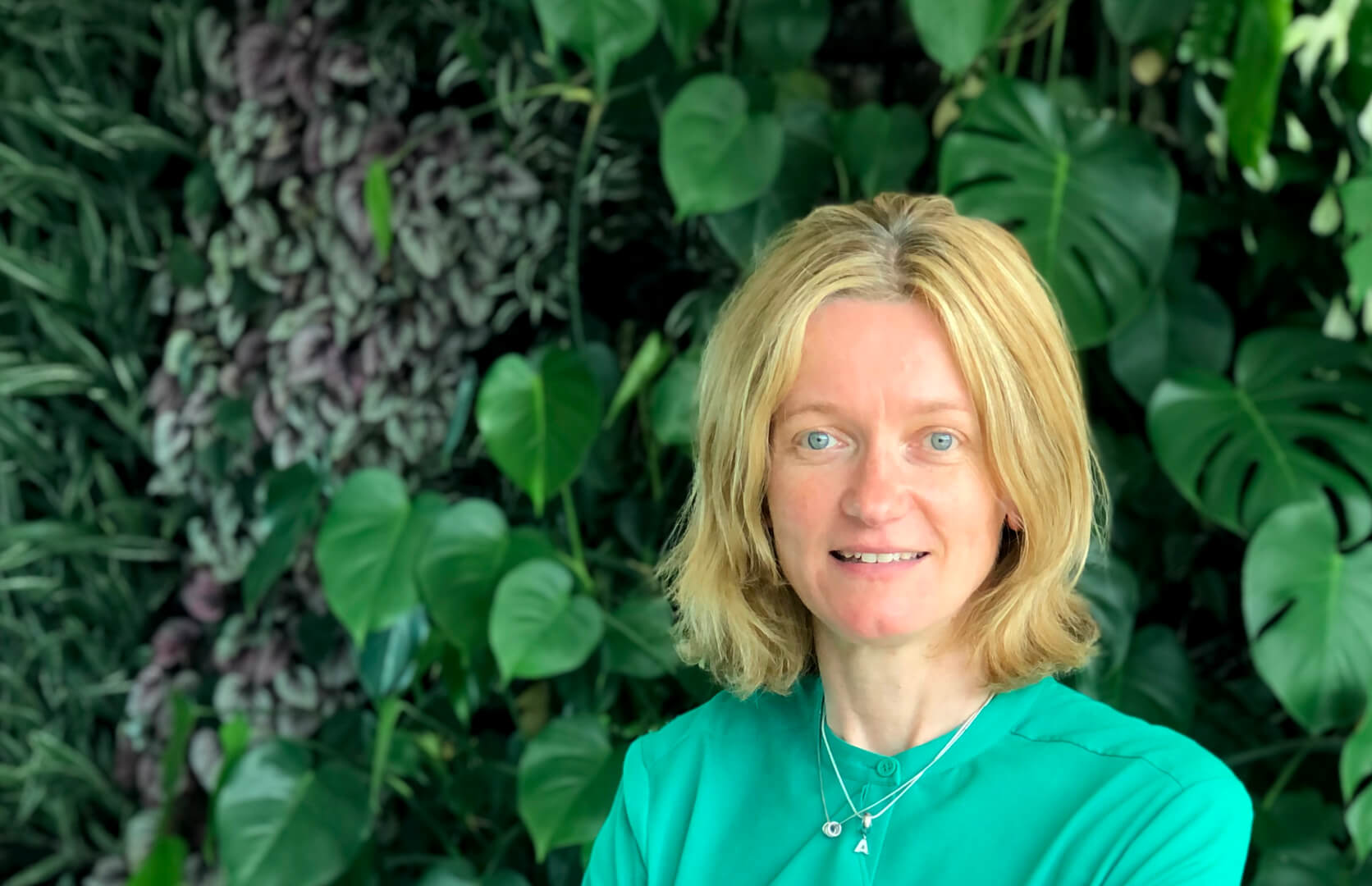 Dr. Alison Arnold Ph.D. joined Ingenza in 2003 and is Head of Fermentation and Microbiology. She has over 20 years’ experience working in the biotechnology industry. In 2018, Alison had success at the Scottish Women’s Awards where she was honored for her Services to Science and Technology. Alison leads a team of fermentation scientists playing an integral role in a variety of cutting-edge Industrial Biotechnology programmes at Ingenza ranging from pharma, biofuels and renewable materials. Alison has extensive experience in managing worldwide technology transfer of multiple bio-manufacturing processes, scaling up to 10 – 2,500 m3 in a wide range of microbial hosts and mammalian cell lines. Alison is a passionate advocate of Women in STEM and she also delivers lectures to Scotland’s Industrial Biotechnology Innovation Centre’s MSc student cohort. Alison has over 15 published peer reviewed scientific articles. 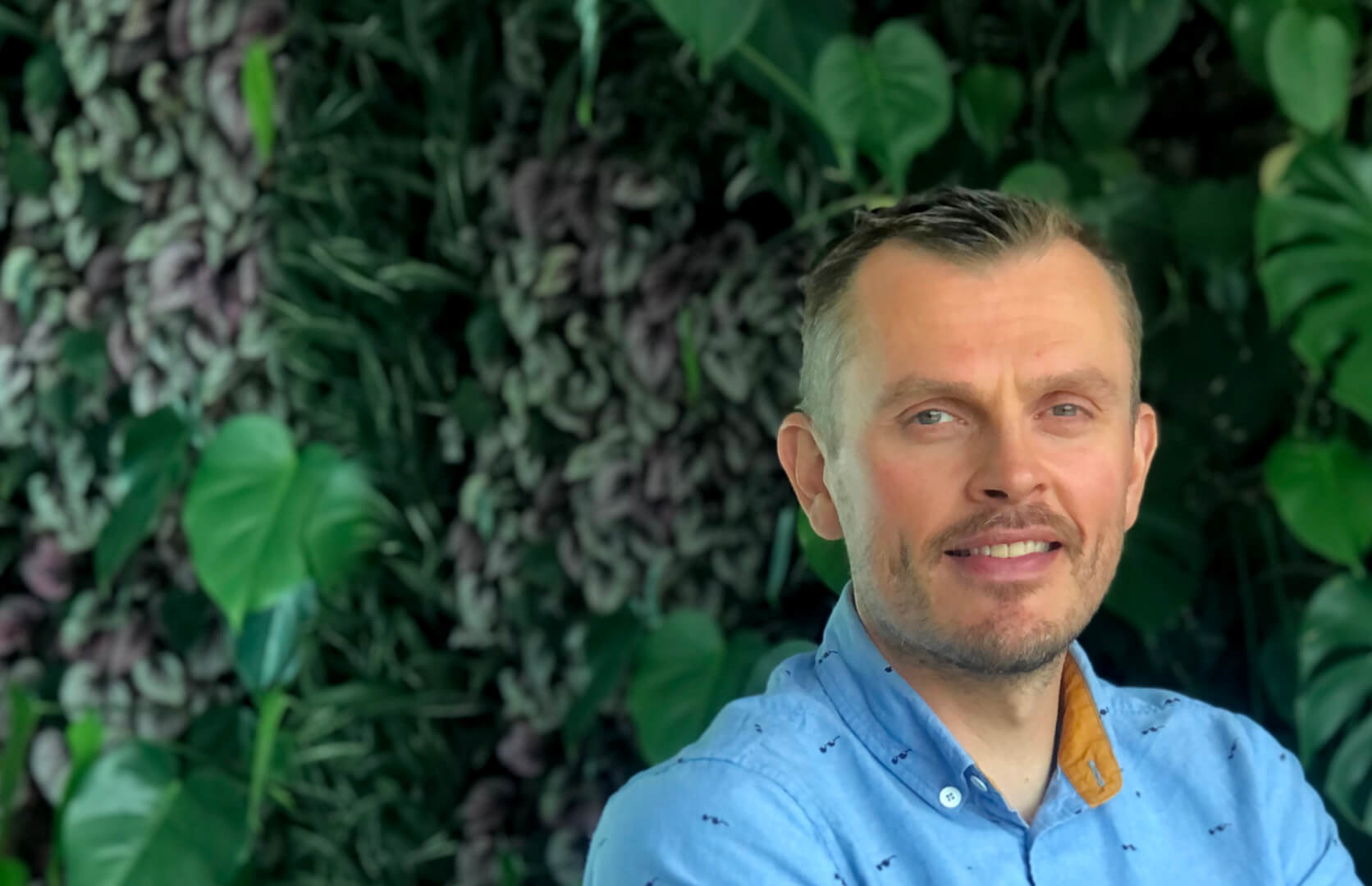 Dr. Fraser Brown joined Ingenza in 2006 after completing his Ph.D.. in Medicinal Chemistry at the University of Edinburgh. He has extensive expertise in industrial bioprocess design, development and optimisation for a range of small molecules, proteins and biopharmaceutical products. Since joining the company Fraser has successfully tech transferred several lab scale bioprocesses to CMO’s around the world and is also responsible for managing all analytical laboratories at Ingenza. Fraser was promoted to Head of Chemistry in 2015 where he leads a team of scientists involved in various aspects of bioprocess evaluation, assay development, product isolation and analytical characterisation. Fraser is instrumental in the mentorship, guidance and professional development of junior staff at Ingenza and played a pivotal role in establishing the very successful Modern Apprenticeship program within the company. 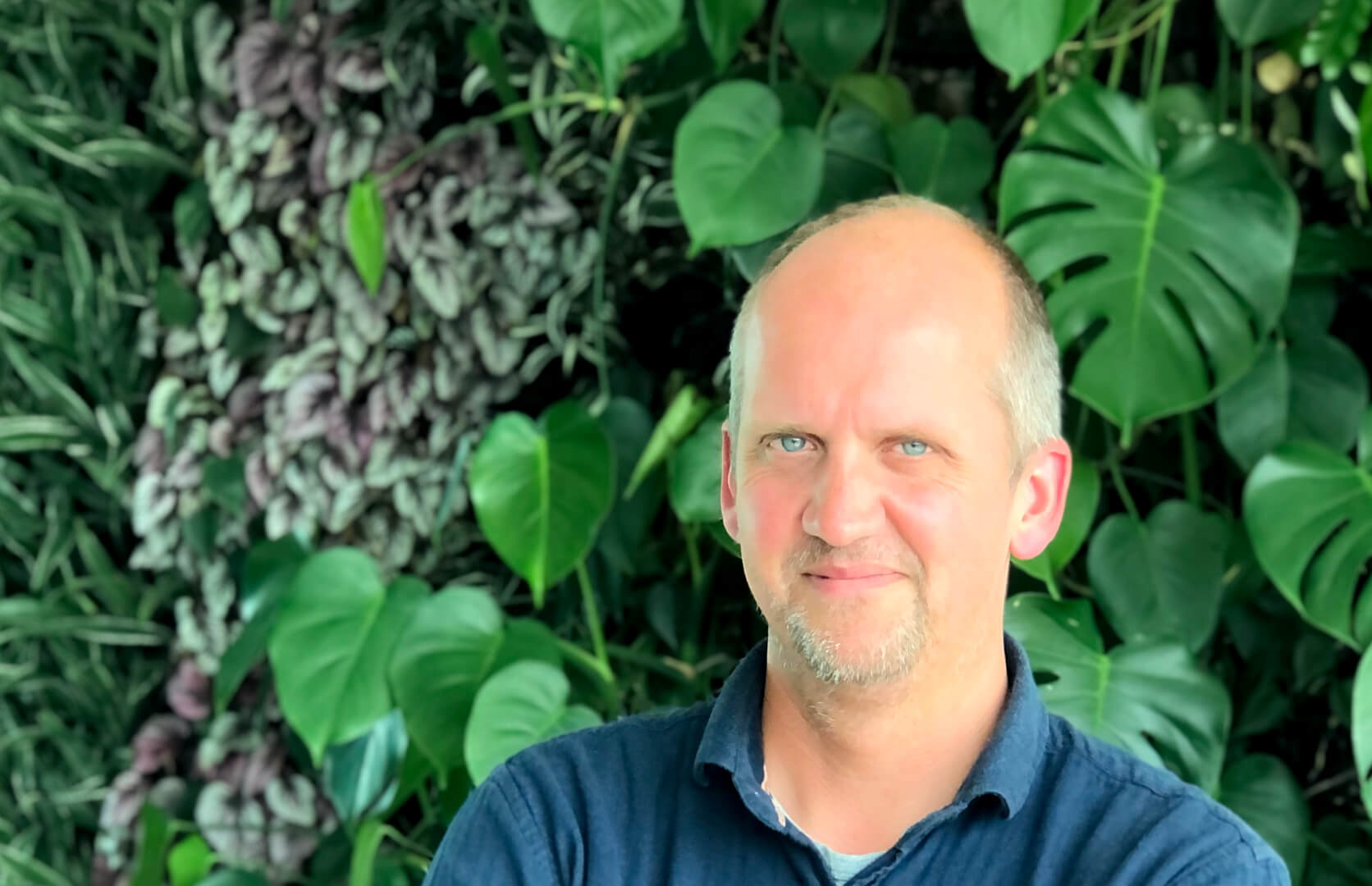 Since joining Ingenza in 2004, Reuben has spearheaded the company’s core technology development delivering numerous proprietary bioprocesses which has underpinned growth of the company to date. By utilising Ingenza’s world class biotechnology expertise, Reuben has delivered, on time and on budget, commercial projects spanning carbon capture utilisation, biobased chemical production, small molecule API production, medical diagnostics and many others. Reuben has a strong portfolio in securing investment in mixed private/public and commercial partnerships over many years which has enabled in house and customer technology development. Reuben plays an integral role in the mentorship of staff at Ingenza and his leadership is founded on a true passion for chemical, life and biomedical sciences which drives his lateral thinking and innovative approach to resolving the needs of Ingenza’s customers. 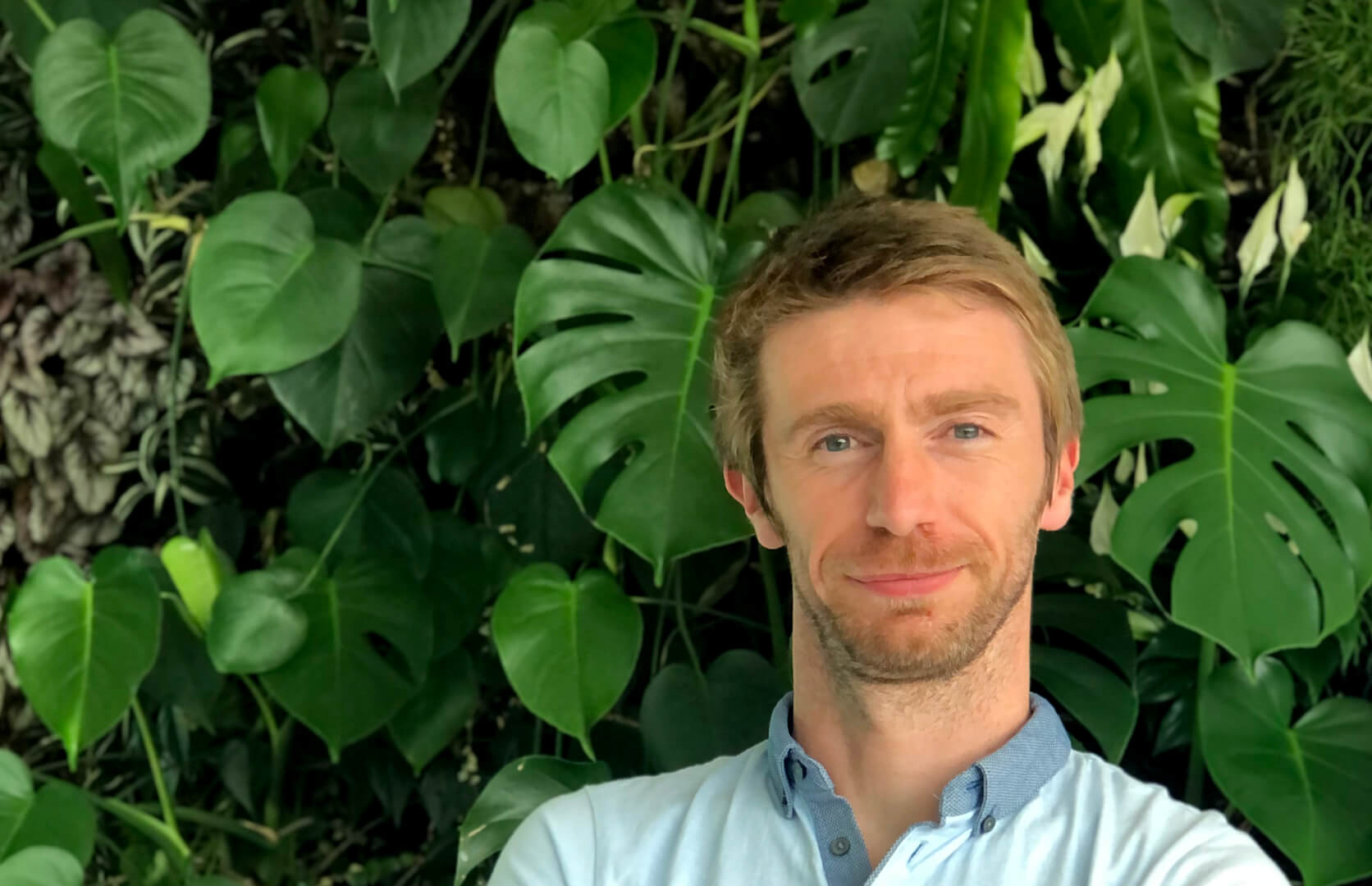 Dr. Scott Baxter joined Ingenza in 2011 and is an expert in microbial strain engineering and protein purification/characterisation. Prior to joining Ingenza, Scott gained his Ph.D. in Molecular Biology from The University of Edinburgh. Scott has helped build Ingenza’s in-house capability to develop scalable processes for the manufacture of pre-clinical biopharmaceuticals to the principles of GMP. Qualified in PRINCE2® Project Management, Scott has over the years managed customer programmes ranging from pharma to renewable materials. Scott plays an integral role in the mentoring and development of staff at Ingenza and he is currently the technical supervisor of a Royal Commission of 1851 research fellow in collaboration with the University of Plymouth. Scott oversees the operational management of all microbial laboratories at Ingenza. 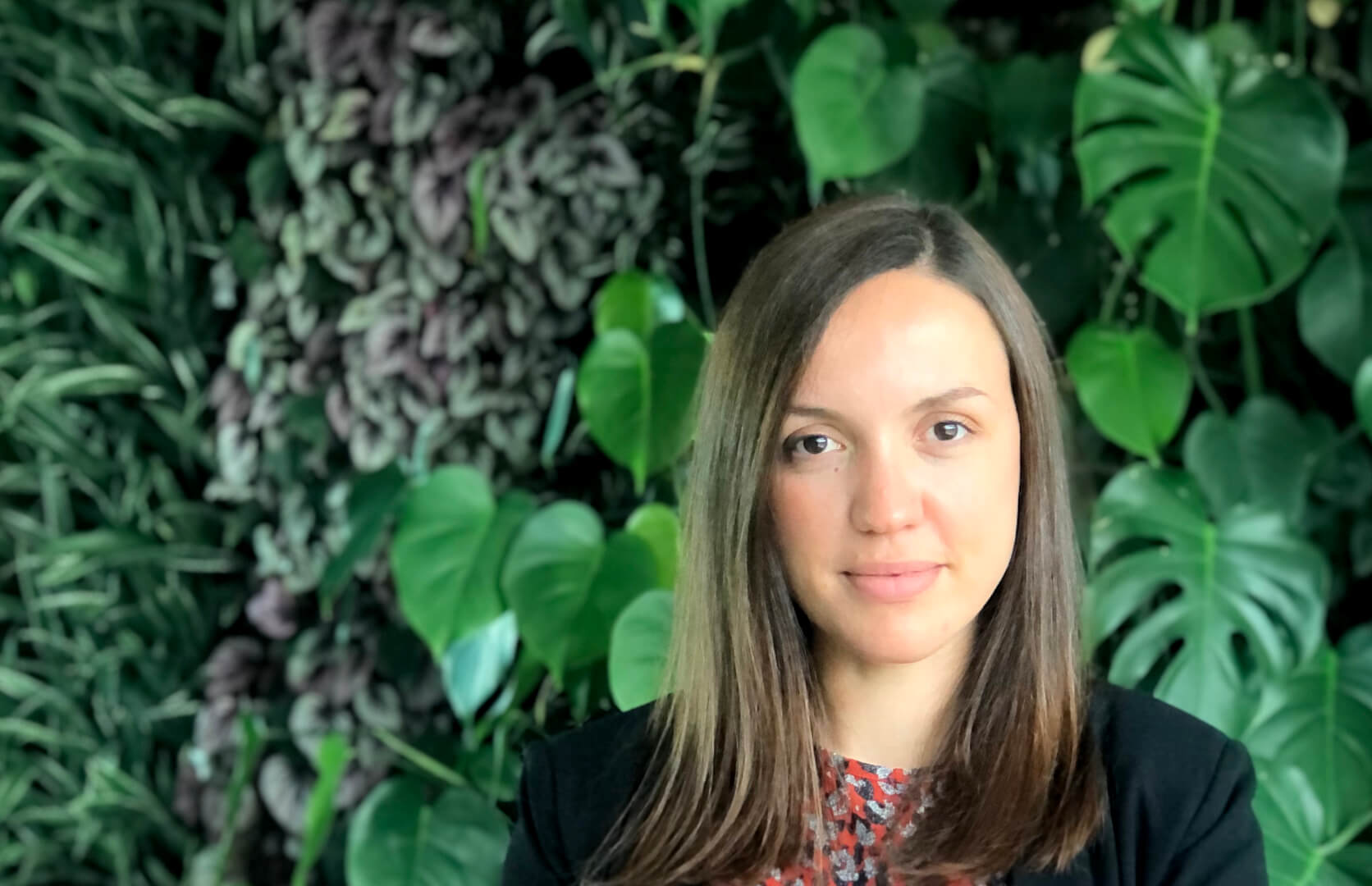 Dr. Rita Cruz joined Ingenza in 2016 where she leads projects with both academic partners and high-profile international corporations to deliver high-quality research and steer programmes towards commercialisation. Rita is an expert in the development and optimisation of microbial recombinant protein expression systems. Successful applications range from platform vaccine development, agrobiotechnology and scalable production of enzymes for biocatalysis and home care products. Rita is a strong advocate for inclusion and diversity in STEM. Rita received her Ph.D. through the prestigious Marie Curie Industrial European Doctorate programme at the Centre for Bacterial Cell Biology at Newcastle University in collaboration with DSM, a world leader in enzyme manufacturing. Rita is qualified in PRINCE2® Project Management and oversees the operational management of all microbial laboratories at Ingenza.

We’d love to hear from you.